2XL Cattle Company is a family-owned Angus seedstock and grass finishing operation located in the rolling hills of southern Iowa. The herd started as 20 commercial cows to be utilized as embryo recipients in 2010, and with the purchase of the first registered Angus embryo donors the family was hooked on developing elite Angus genetics. Since that time, the herd expanded rapidly to over 150 cows with the purchase of elite donors from multiple herds from across the Midwest with embryo transfer and AI at the heart of the genetic progress. The operation reached it’s peak in 2018 and a decision was made to disperse nearly the entire herd. Today, the operation continues on a smaller scale with young stock from many of the foundation female lines kept to carry on the 2XL breeding program. We invite you to get to know each member of this family operation a little better: 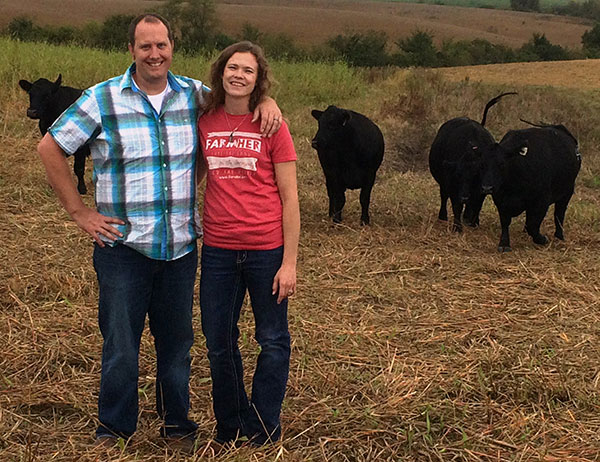 Drs. Adam Krull and Amanda Kreuder Krull – Owners
Adam grew up in northwest Iowa on a family farm that raised beef and dairy cattle as well as swine. From the time he was 12 years old, he was thumbing through bull catalogs and making breeding recommendations to his father. Throughout high-school he was a partner in the family’s 200 cow dairy operation. Amanda grew up in northwest Illinois on a family farming operation that also raised beef cattle and swine along with a row crops and alfalfa. After high school, both attended Iowa State University and majored in dairy science and then continued their education in veterinary school at Iowa State. Following vet school, they both practiced large animal veterinary medicine in neighboring practices near Green Bay Wisconsin. In 2010, they decided to come back to ISU to further their education and complete PhDs and advanced clinical training. It was during this time that the they discovered their passion for registered Angus genetics. Today, Amanda is a boarded large animal internal medicine specialist continues to work at ISU doing research and teaching at the Veterinary College. Today, Adam works for Pioneer as a veterinary nutritionist in support of forage products. The majority of their time not spent “at work” is spent working on the farm and making animal health, breeding, and nutrition decisions for the 2XL Cattle Company. 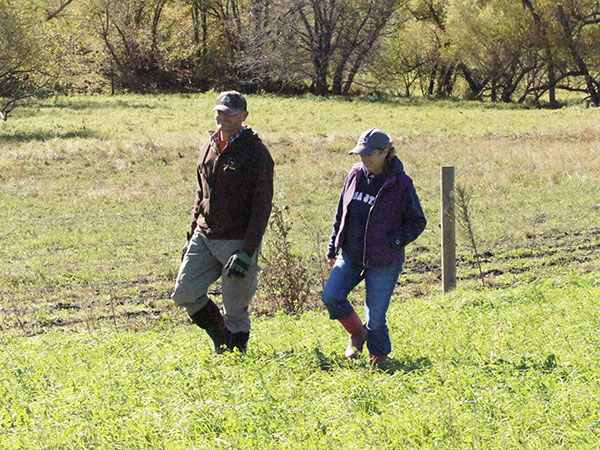 Glenn and Michelle Kreuder
Glenn and Michelle both grew up in families deeply invested in agriculture and started their life together on Glenn’s family farm in northwest Illinois where the raised four children. As the children grew, so did the farming operation, at one point including up to 3000 acres of corn, beans, and alfalfa, along with feeding cattle and hogs. In 2006, the family moved to the current farm in the rolling hills of Southern Iowa, near the small town of Garden Grove. Glenn and Shelly were originally the primary owners of 2XL Cattle Company until 2018 when they decided to retire from the cattle business and return their focus to row crops. Glenn and Shelly, with over fifty years of combined farming experience, work together on daily operations of the farm and the cattle.